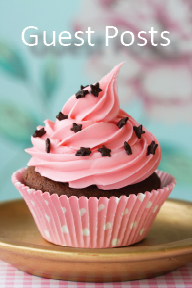 Parting is such sweet sorrow….

One of my favourite things about being a social reader is being introduced to a series I may have missed or previously thought wasn’t for me. I love nothing more than discovering a series that has tons of books already released and having this wonderful readathon spread out in front of me…. And then it comes to an end. Either I’ve run out of published books and have to face the dreaded wait or the series is finished and there will be no more. Deep doom and gloom follows along with a real struggle to lose myself into something new when I all I want is to dive back into that world.

My first real experience with this was Harry Potter. One day when I was 15 I was sick, now since I was at boarding school this meant no lying on the sofa in front of the tele. No, this meant an entire day confined to my dormitory with only books or the radio to keep my entertained. One of my friends lent me the audiobook of the Philosopher’s Stone… Well that was it, I was beyond hooked! Stephen Fry did the most wonderful job of bringing this world to life that I didn’t even care that I had a rotten cold! I soon devoured the then 3 published books and only had to wait a couple of months for the Goblet of Fire. The came the waiting… Years would go by, rumours and speculation and then the day would arrive. I’m pretty sure I was more excited about a Harry Potter release day than I was about Christmas! The post man would knock, I’d rip the Amazon parcel out of his hands, hole myself away for the next 24 hours while I devoured it… And then it was back to the waiting.

Until 2007 rolled around and it was time for the last book. I didn’t wait for the postman this time, oh no, why waste all that precious reading time sleeping when I could get the book at midnight! So that was it, within 24 hours my most beloved book series had come to end and even after all those torturous years of waiting for the next book, I would do it all again in heartbeat if it meant this wonderful series hadn’t ended.

It wasn’t until twilight that I got that same feeling. I was a relative late coming to this phenomenon and whilst never as passionate it as I was about Harry, I read the first three in quick succession and eagerly awaited the fourth and final book. The day it arrived I got the same feeling of excitement and trepidation. The fact that I wasn’t a big fan of Breaking Dawn doesn’t really matter, it’s the feeling that a book series can inspire: the long waiting, the excitement over finally finding out what happens next and then eventually the bitter sweetness of it coming to an end.

Since Twilight my reading has exploded (not because of, just since), I picked up the Sookie Stackhouse books and it went from there. A whole world of urban fantasy, paranormal romance and YA series lay in front of me and I basked in the glory of series after series after series. And suddenly the waiting wasn’t quite so hard. Reading so many series meant there was always a release around the corner. But I still get that feeling with some books, even now.

Here are a few of the things I do to help me combat both the dreaded wait and the mourning period after a beloved series finishes:

These are just some of the things I’ve learnt over the years to help me but what are your tips? Do you like to gobble series up in one go, or spread them out? What series are you most excited about the next release and what series were you most sad to see end?

Thanks to Kelsey for having me and happy Blogiversary!

6 comments on “Guest Post:Parting is Such Sweet Sorrow by Jo”