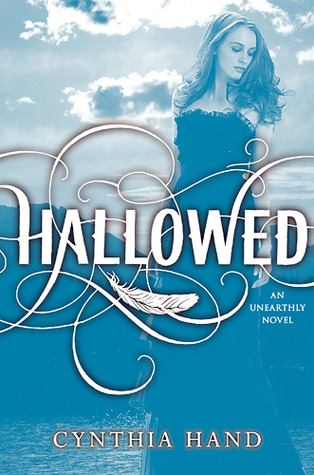 For months part-angel Clara Gardner trained to face the raging forest fire from her visions and rescue the alluring and mysterious Christian Prescott from the blaze. But nothing could prepare her for the fateful decisions she would be forced to make that day, or the startling revelation that her purpose—the task she was put on earth to accomplish—is not as straightforward as she thought.

Now, torn between her increasingly complicated feelings for Christian and her love for her boyfriend, Tucker, Clara struggles to make sense of what she was supposed to do the day of the fire. And, as she is drawn further into the world of part angels and the growing conflict between White Wings and Black Wings, Clara learns of the terrifying new reality that she must face: Someone close to her will die in a matter of months. With her future uncertain, the only thing Clara knows for sure is that the fire was just the beginning.

*Contains some spoilers if you haven’t read the first book*

After Clara fails at her purpose at the end of the last book and saved Tucker instead of meeting Christian, she feels like it’s all over, like she failed. She loves Tucker so much, and doesn’t regret what she did, but now she waits to see what the consequences will be.

When she starts to have more visions, in her sleep now as opposed to in daylight, she wonders if they’re like from before. Are they just dreams or something that must be done next. Her mom says one’s purpose can last longer, but now she’s even more confused as to what is expected of her. When the vision this time hints that she’s at someone’s funeral, she has to figure out who it is, and how or when they died.

In her final year, not only does she have her angel problems, like a certain Black Wing stalking her, but the idea of going away for College and leaving Tucker scares her. She doesn’t know what she wants to or should do. It’s a complicated time for her right now, and the impending loss really hits her. Of course the confusion of her feelings for Christian, the ones she should have had from the last book, keep coming back. She even mocks herself about love triangles!

I never got the whole love-triangle thing. You know, in movies or romance novels or whatnot, where there’s one chick that all the guys are drooling over, even though you can’t see anything particularily special about her. But oh, no, they both must ahve her. And she’s like, oh dear, how will I choose? William is so sensitive, he understands me, he swept me off my feet, blubber, blubber, but how can I go on living without Rafe and his devil-may-care ways and his dark only-a-little-abusive love? Upchuck. So unrealistic, I always thought.

There’s even more secrets and crazy twists in this book compared to the first! I loved every second of it, and think it’s the best angel series I’ve read so far.

Recommended for young adult fans of paranormal, angels and romance.