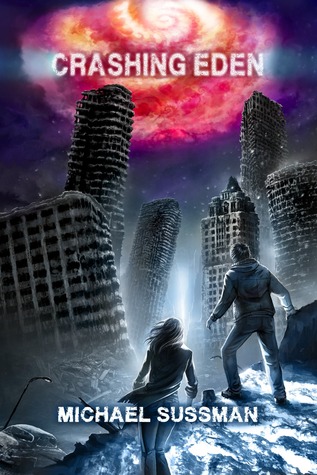 For one boy and his friends, the path to Paradise comes at a cost—one they may not be prepared to pay.

When a biking accident leaves 17-year-old Joss Kazdan with the ability to hear things others can’t, reality as he knows it begins to unravel.

A world of legends exists beyond the ordinary life he’s always known, and he is transported to the same Paradise he’s studying in World Mythology. But the strange gets even stranger when his new friends build a device that delivers people through the gates of the Garden of Eden.

Now Samael, the Creator God, is furious. As Samael rains down his apocalyptic devastation on the ecstasy-seeking teens, Joss and his companions must find a way to appease Samael—or the world will be destroyed forever.

I would like to thank the author and his publicist for an eBook copy of this for review!

It’s nice to see that an author has made this YA book through the eyes of a boy, most tend to be about girls these days (which I don’t mind). Joss himself is a troubled teen, in so many ways. Stealing and fighting, arson, serving some time in Juvie as well as other things. But he also seems to suffer from a bit of depression, and he’s not happy in life. His parents fight, his mom doesn’t like him, and his younger sister needs him. And worst of all his younger brother killed himself because of bullies. Joss used to be one of those bullies to his brother when he was younger, so not only are others blaming him, but he’s doing it to himself as well.

After he gets into an accident, he begins to hear a sound, the OM as he calls it. It calms him, and makes him feel connected to other life one Earth, as well as having other new abilities. Upon this discovery, Shakti and her boyfriend create a machine that will allow anyone to hear the same frequency. What it does to the person seems to vary, but it becomes popular fast.

Samael, the creator God as they call him, creates chaos all over the world as the devices that Shakti and her bf created spread. Religious groups also call it blasphemy and that God will punish them for it. Samael doesn’t appear until almost the end of the book but it’s a good build-up to it and the characters meeting him. And does he know how to create some destruction or what!

In the book there are references to religion and mythology, especially of course Eden and what it meant to different cultures. It was interesting to see where the author took this, but I think he could have explored it a bit more in the book (I love mythology).

There is definitely a message of depression and suicidal thoughts in teens going around in this book too, as well as bullying. I don’t know if there is a disclaimer in the paperback copy for teens suffering from any of these to get help, but if there is that would definitely be great.

This book definitely had some tough, sad, and touching moments, especially at the end. A great start to the Young Adult craze for this author, and I suggest you give it a try and see what you think!