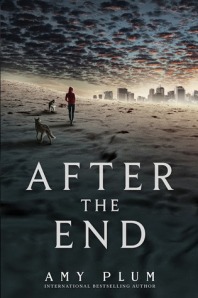 “I have no idea what is truth and what is fiction. I’m all I’ve got now. I can’t trust anyone.”

World War III has left the world ravaged by nuclear radiation. A lucky few escaped to the Alaskan wilderness. They’ve survived for the last thirty years by living off the land, being one with nature, and hiding from whoever else might still be out there.

At least, this is what Juneau has been told her entire life.

When Juneau returns from a hunting trip to discover that everyone in her clan has vanished, she sets off to find them. Leaving the boundaries of their land for the very first time, she learns something horrifying: There never was a war. Cities were never destroyed. The world is intact. Everything was a lie.

Now Juneau is adrift in a modern-day world she never knew existed. But while she’s trying to find a way to rescue her friends and family, someone else is looking for her. Someone who knows the extraordinary truth about the secrets of her past.

I received a copy to review from Edelweiss.

Going into this I loved the idea of her and her clan living in their own little area, away from an apocalyptic world. But the fact that she eventually goes out into the modern world worried me. I thought I wouldn’t like it, but thankfully I did. It was integrated in a way that the modern settings didn’t take over too much, and I really enjoyed it.

Juneau was a great female character. I really liked that she stuck to her roots and her mission as much as possible after finding out certain lies. Her ability to survive in nature was awesome, and much needed as her and Miles traveled. She tried her best to stay mature and even though she could have been overwhelmed with modern things, she took it more as a challenge to learn more instead of freak out.

There’s a lot of travelling and danger that they have to watch out for which kept the pace fast and enjoyable. Added to this is a type of magic, but it’s more a connection to the earth and environment that Juneau can use to help with certain small things. I really liked that addition, and it almost seemed like something similar could be real.

This book is not exactly paranormal, dystopian, or post-apocalyptic. I would honestly say it’s more an adventure and modern day fantasy book. I definitely recommend this.

5 comments on “Review: After the End by Amy Plum”