Sierra’s family runs a Christmas tree farm in Oregon. It’s a bucolic setting for a girl to grow up in, except that every year, they pack up and move to California to set up their Christmas tree lot for the season. So Sierra lives two lives: her life in Oregon and her life at Christmas. And leaving one always means missing the other.

Until this particular Christmas, when Sierra meets Caleb, and one life eclipses the other.

By reputation, Caleb is not your perfect guy: years ago, he made an enormous mistake and has been paying for it ever since. Sierra sees beyond Caleb’s past and becomes determined to help him find forgiveness and, maybe, redemption. But as disapproval, misconceptions, and suspicions swirl around them, Caleb and Sierra can’t help but wonder if love really is enough to overcome every obstacle…

I was given an advanced copy of this book for free in exchange for an honest review.

END_OF_DOCUMENT_TOKEN_TO_BE_REPLACED 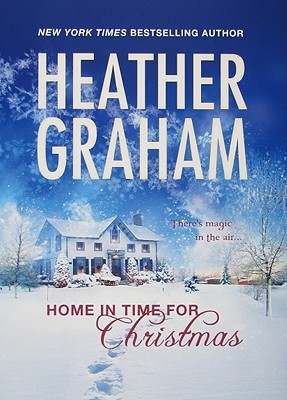 Title: Home in Time for Christmas

Melody Tarleton is driving home for Christmas when a man–clad in Revolutionary War-era costume–appears out of nowhere, right in the path of her car. Shaken, she takes the injured stranger in, listening with concern to Jake Mallory’s fantastic claim that he’s a Patriot soldier executed by British authorities.
Bringing Jake to her parents’ house, Melody concocts a story to explain the handsome holiday guest with the courtly manners and strange clothes. Mark, her close friend who wishes he were more, is skeptical, but her family is fascinated. So is Melody. Jake is passionate, charming and utterly unlike anyone she’s ever met. Can he really be who he claims? And can a man from the distant past be the future she truly longs for?

I chose this for a read-a-thon because it sounded like it could be a fun little read just before Christmas. I’ve never read anything by this author either so this was my first shot at her writing.

The idea for this book was really cute: a guy from a past time shows up and eventually the romance clicks. The only thing I had a problem with was Melody’s constant pessimism. She’s always denying that Jake could be from the past, even when her family believes it and there’s proof right under her nose. I can understand her not believing right away which would be normal, but after over half the book and she’s the only one? I didn’t like that. She also can’t seem to admit to herself how she feels for the longest time. Let’s not forget her troubles with Mark that she can’t handle either. I know she doesn’t want to hurt him but she can’t even talk to him like an adult.

Jake was a big sweetie. I loved that the way he talked wasn’t fully modern so the effect that he time traveled worked. He was also chivalrous and a gentlemen which is always appreciated. I think he was my favourite in the whole book. Especially how he kept worrying about his sister and treated melody with care. Melody’s family was also pretty cool too. Her brother, mom and dad were kind people and I liked that they were accommodating too.

This was cute and a good story to read around the Christmas season. If not for Melody’s constant denial I would have liked it a bit more. It needed a bit of a romance boost. 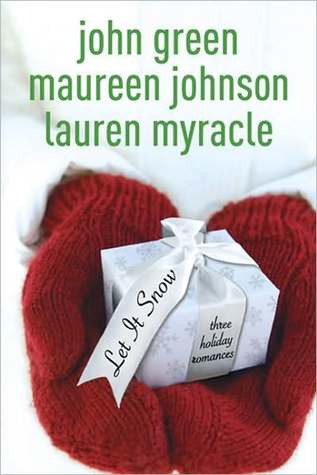 Sparkling white snowdrifts, beautiful presents wrapped in ribbons, and multicolored lights glittering in the night through the falling snow. A Christmas Eve snowstorm transforms one small town into a romantic haven, the kind you see only in movies. Well, kinda. After all, a cold and wet hike from a stranded train through the middle of nowhere would not normally end with a delicious kiss from a charming stranger. And no one would think that a trip to the Waffle House through four feet of snow would lead to love with an old friend. Or that the way back to true love begins with a painfully early morning shift at Starbucks. Thanks to three of today’s bestselling teen authors—John Green, Maureen Johnson, and Lauren Myracle—the magic of the holidays shines on these hilarious and charming interconnected tales of love, romance, and breathtaking kisses.

This book is separated into 3 short stories by their respective authors. The fun thing though is that the characters are tied together from one story to another. So as not to give everything away, I’m only going to talk briefly about the individual stories.You’ll have to read it yourself to enjoy the Christmas romance!

The first one is by Maureen Johnson, and introduces the setting and the first set of characters that start all the romances. This story is to the theme of strangers meeting and falling for each other. I really liked Jubilee in this, and she was actually my favourite female in the whole book. She already has a boyfriend, one who’s not very attentive to her, but when the weather interrupts her holidays, she meets Stuart. He’s totally the opposite of her current beau and a much better fit in my opinion. The ending of their story was super cute, and actually my favourite one in this book.

The second is by John Green. This is actually the first thing I’ve read by him, and the story follows the theme of best friends finally noticing and then falling for each other. Tobin is the main character in this one, the only story told by a guy. There are 3 friends (Tobin, JP and the Duke) and they go on a journey in a snowstorm, which was pretty fun to read about but definitely not something I would try! This is where you notice that certain characters are mentioned from the first story, and it makes me wonder how these authors managed to write such cute stories but kept them continuing the magic of that specific Christmas. His story I actually liked the least and I almost wanted to skip it.

The third was by Lauren Myracle. It’s about a female character, Addie, who broke up with her boyfriend over a stupid mistake, and has to grow and learn about herself if she wants to be with him again. The male you will recognize from the other stories, but this one is told by the girl. Her self-centered attitude was annoying because she was always thinking about herself, but I liked how she changed as the story went on. It definitely was the saddest out of the whole book, but the ending was worth the heartbreak that you have to read about.

This was really a cute book and perfect for the holidays. Since the stories aren’t too long, you can read one or all of them depending on your mood, but I definitely recommend reading them all in order to enjoy it fully! 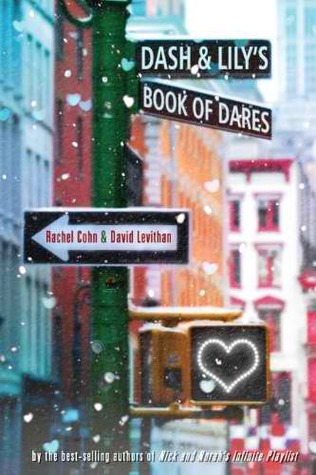 “I’ve left some clues for you.
If you want them, turn the page.
If you don’t, put the book back on the shelf, please.”

So begins the latest whirlwind romance from the New York Times bestselling authors of Nick & Norah’s Infinite Playlist. Lily has left a red notebook full of challenges on a favorite bookstore shelf, waiting for just the right guy to come along and accept its dares. But is Dash that right guy? Or are Dash and Lily only destined to trade dares, dreams, and desires in the notebook they pass back and forth at locations across New York? Could their in-person selves possibly connect as well as their notebook versions? Or will they be a comic mismatch of disastrous proportions?

Rachel Cohn and David Levithan have written a love story that will have readers perusing bookstore shelves, looking and longing for a love (and a red notebook) of their own.

When I first started this, I thought I wouldn’t like Dash at all, it just something about the way he spoke that I assumed early about his character. It didn’t take long for that to change. Not only does he classify himself as “bookish” and love to roam with old dusty books, but he couldn’t pass up the adventure of the notebook and clues, and it was just lots of fun to read as he figured things out. Not to mention that they called him a “snarling hipster” and he always came back with the funniest responses. And a certain scene involving Santa almost had me rolling on the floor at work!

Lily I instantly liked. She’s  a nerdy girl and someone deemed uncool and she has no friends. But her joy for Christmas, always trying to do good for others, love of all animals and optimism won me over. She wasn’t annoying or anything either, but in her own way she was quirky and unique.

Even the family members and friends of these two brought something fun to the book, they were helpful in all matters including delivering the notebook between the two, offering advice and of course being there for them.

This book not only has some pretty hilarious moments, but also some sad ones as you read. But it wasn’t a depressing book, the way that they find each other and how all the clues are cleverly laid out will keep you reading until they finally do meet. It is of course not the perfect first meeting, but things do work out and it’s quite the adventure that these two get to go on. And the ending was super cute!

This is a perfect book for those wanting to read come contemporary romance with a twist around the holidays, whether you celebrate or not! 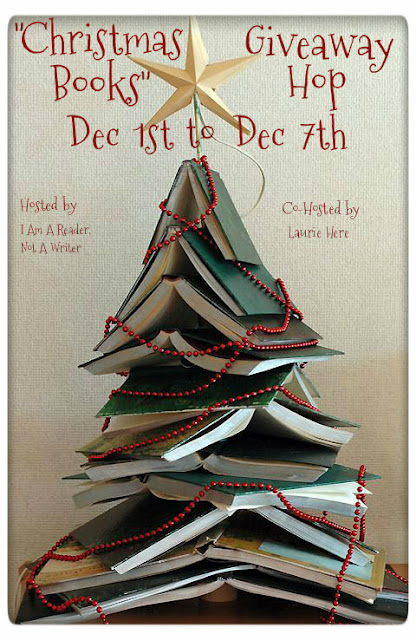 This Hop is organized by I Am a Reader, Not a Writer and co-hosted by Laurie Here. It runs from December 1st to 7th.

Here’s what I’m offering to the winner, the choice of one of the following books. I’ve read both and they were very good! 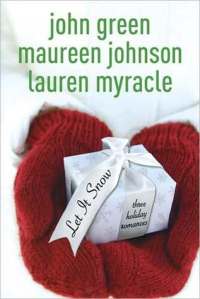 To see the rest of the people involved in the Hop, please visit the Main Post by clicking here.

This giveaway is now closed.