Title: With All My Soul (Soul Screamers #7)

What does it mean when your school is voted the most dangerous in America? It’s time to kick some hellion butt…

After not really surviving her junior year (does “undead” count as survival?), Kaylee Cavanaugh has vowed to take back her school from the hellions causing all the trouble. She’s going to find a way to turn the incarnations of Avarice, Envy and Vanity against one another in order to protect her friends and finish this war, once and forever.

But then she meets Wrath and understands that she’s closer to the edge than she’s ever been. And when one more person close to her is taken, Kaylee realizes she can’t save everyone she loves without risking everything she has….

I was so excited to finally read this book, but I’m also really sad that this series is over now! It’s hard to review the last book in a series, especially when I’ve been in love with it since I started that first book. If you haven’t read the rest of the books, go check them out before reading the rest of my review. There won’t be spoilers, but still go read them!

In any case, this book did not disappoint me. Honestly I wasn’t sure how I wanted this story to end, and at one point in the story I thought the author was crazy because of a certain event but since there were a few chapters left I still had hope. I think everything worked out for the best though. The ending was definitely one that would have had me crying too, if not for the fact that I was in bed sick when I finished it.

The characters were just as awesome as usual. Everyone was trying to move on with their lives and go on normally (as much as possible anyway) but they are still fighting to be free of the hellions and danger that’s been chasing them for so long. I liked the addition of the hellion Wrath, although he was definitely creepy he played a big part in this.

Now that this series is over I’m glad that everything was wrapped up and that the characters got the ending they deserve. If you want a paranormal series to start, pick this one up, you wont regret it. And if you’ve already read this book, let me know what you thought!

If you’ve seen my recent giveaway, you’ll know most of the books I’m going to add to this but I decided to make the number bigger since it’s so hard to choose.

So here is the list of my favourite books this year! Not all of these books were released in 2012, but they were the ones I read this year and loved the most!

All images go to Goodreads

Do we have any books similar? What were some of your favourite books?

Feel free to recommend some I can read next year too 🙂

Half of the year is over, so I wanted to re-cap on all I’ve managed to do so far for the reading challenges I’m participating in. This should also motivate me to get them all finished in the next 6 months!

If you are participating in any challenges and want to share your progress below feel free to do so!

For this I went for the goal of 24 books from the library in a year.

So for this one I’m doing really good! With plenty of time left for two books, I will probably be closer to the next goal of 36.

I went with 100 exactly, since last year my goal was a lot less.

Over half done this one, shouldn’t be a problem to keep this up, but you never know what might come up. 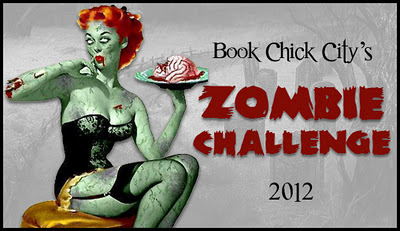 I aimed for 6 books for this one. I made it lower, since I’m still getting into this genre. 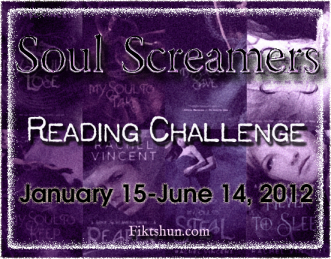 This reading challenge is officially over now, but I had so much fun with it!

I won the new book as well, and it was awesome!

Do you have any challenges that you want to share you progress on?

I’ve already read over 50 books since January, but I wanted to highlight the ones I have enjoyed the most. Some were released this year, some not, they’re just books that I loved so much! I will group a series as one entry, and they aren’t in any particular order. Here we go!

There were so many good ones to choose from, that I think my list at the end of the year will need to be bumped up to 10.

What are some of your favourite books this year? Are any the same as mine? 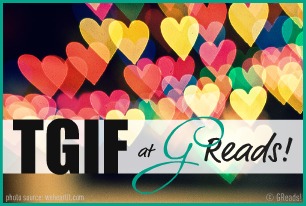 TGIF is a weekly feature every Friday hosted by Ginger at GReads, to re-cap the week’s posts, and answer a question of the week. Feel free to join!

This Week’s question:  Supporting Characters: We tend to gush over those main characters the most, but what about those supporting roles? Who are some of your favorites?

I have a few favourites actually!

From the Soul Screamers series, it’s Emma (the best friend), and Tod (the reaper), they just amuse me so much and they’re totally awesome! Tod even has his own Novella, and I’m so glad I read it, it definitely shows more of his personality especially before he died.

Another supporting character I love is Jenna from the Hex Hall series. She has a random love of pink, and she can just pick up on things in a conversation and go along with it. She’s also a vampire, who has her own issues to deal with while helping Sophie with hers.

Today is the last day for my Riven Giveaway, so pass along the word, and feel free to enter yourselves!